How to create tooltips

Datawrapper offers a powerful way to add tooltips to your symbol maps, choropleth maps, and scatterplots. In this article, you'll learn how to create them.

Tooltips are important for maps because of three main reasons:

How to create tooltips

Here we show how to create tooltips for the following symbol map – but you will find that the same process applies to choropleth maps and scatterplots.

In step 3 of your map/chart creation process, Visualize, find the button Show tooltips and click on it. Then click on Customize tooltips.

Two text fields open, the Tooltip title and the Tooltip body text field. Below them, you'll see the names of all the columns you've uploaded. (You can upload as many columns as you like.) For the student map, we imported, among others, the name of the city, the population numbers for these cities, and the share of students. 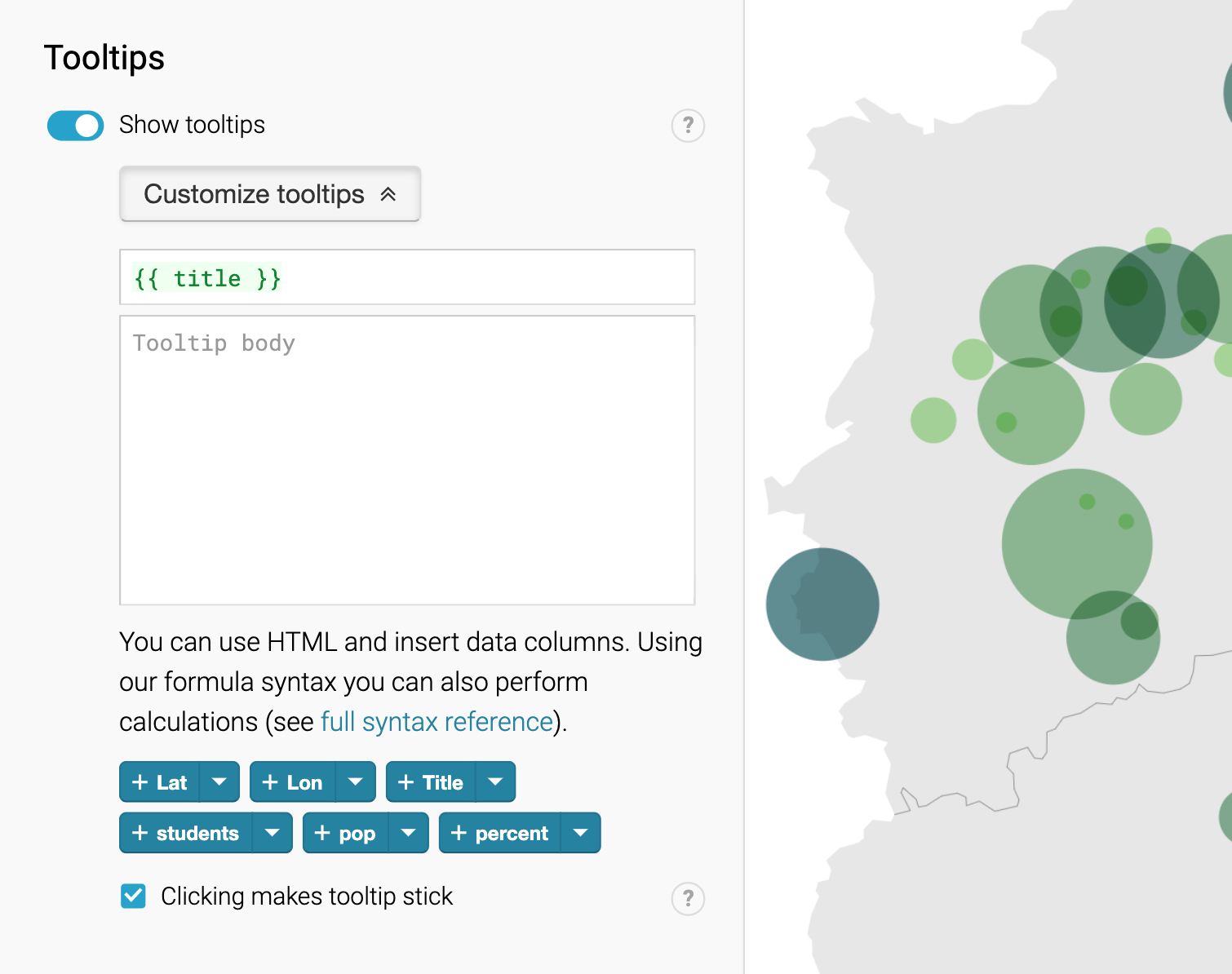 Let's fill our tooltip with  content. You can click on the blue buttons to place them in your Title or Body text field. The Title will appear as bold text in your tooltip; the Body text will appear in the regular font-weight. You can also add some extra text, like so:

That's it! No need to click save. Your map will now show this tooltip when you hover over different symbols:

In this tutorial, you learned how to create a tooltip for choropleth maps, symbol maps, and scatterplots.

To learn how to customize your tooltips with HTML and Excel-like expressions (don't worry, we explain everything with lots of examples), visit our article "How to customize tooltips".
Last updated on November 10, 2020