How to read a histogram, min, max, median & mean

Datawrapper offers powerful tools to understand your numeric data. If you are in step 2: Describe, you can click on the header of any column with numbers to display a histogram of values, including their minimum, maximum, median, mean, and the number of potentially invalid values. Here's a quick explanation of what all of those words mean. Scroll down to get more in-depth explanations with examples. 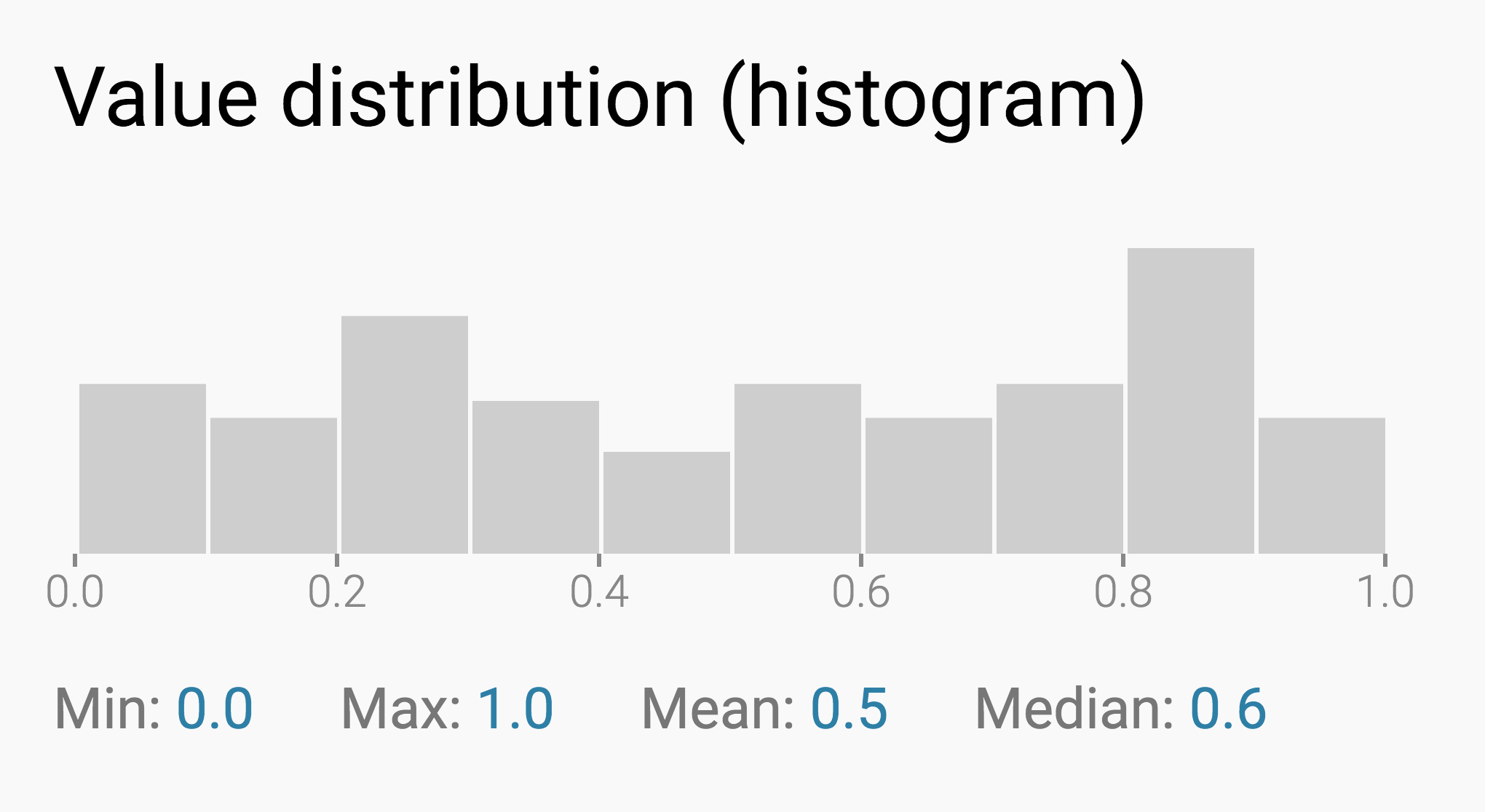 The histogram is a chart that tells us how the values in the selected column are distributed. This is great for understanding which values occur more or less often: Which salaries are most common, which survey replies were chosen the least, or which range of unemployment rates most counties have to deal with.

Here's how it works: A histogram automatically creates equally-sized bins between our lowest and highest values and tells us how many values fall within each bin. The higher the bar, the more values fall in that bin.

That's the histogram of our random data (Apples):

We can see that most of the values in this column fall between 80 and 90.

To understand that a histogram creates equally-sized ranges between the lowest and the highest value, let's look at the Lemons column. Because of its five outlier values of 5000, all the smaller values between 0 and 100 fall in a single 0-500 range:

For our Berries column, the mean and the median are the same number: 50. That's because the values in this column are very evenly distributed. Let's look at the Lemons column instead:

The mean of Lemons is 293 (!), but the median is still 50. That's because, when calculating the median, it doesn't matter if the higher values are very close to it or thousands of numbers away. The median just sorts all of the values and checks which one is in the middle. That's why the median is a useful measure: it ignores outliers.

This can be useful in many cases. For example, let's imagine a company with 101 employees, each one earning between $0 and $95. The company also has five bosses, who earn $5000 each. It wouldn't be fair to say that every person in this company makes about $300 (the mean salary). It would be closer to the truth to say that everyone earns about $50 (the median salary). When it comes to salaries, the median literally tells us what the "person in the middle" makes.

Pro tip: You can hover over the values for min, max, mean and median to display them in the histogram: 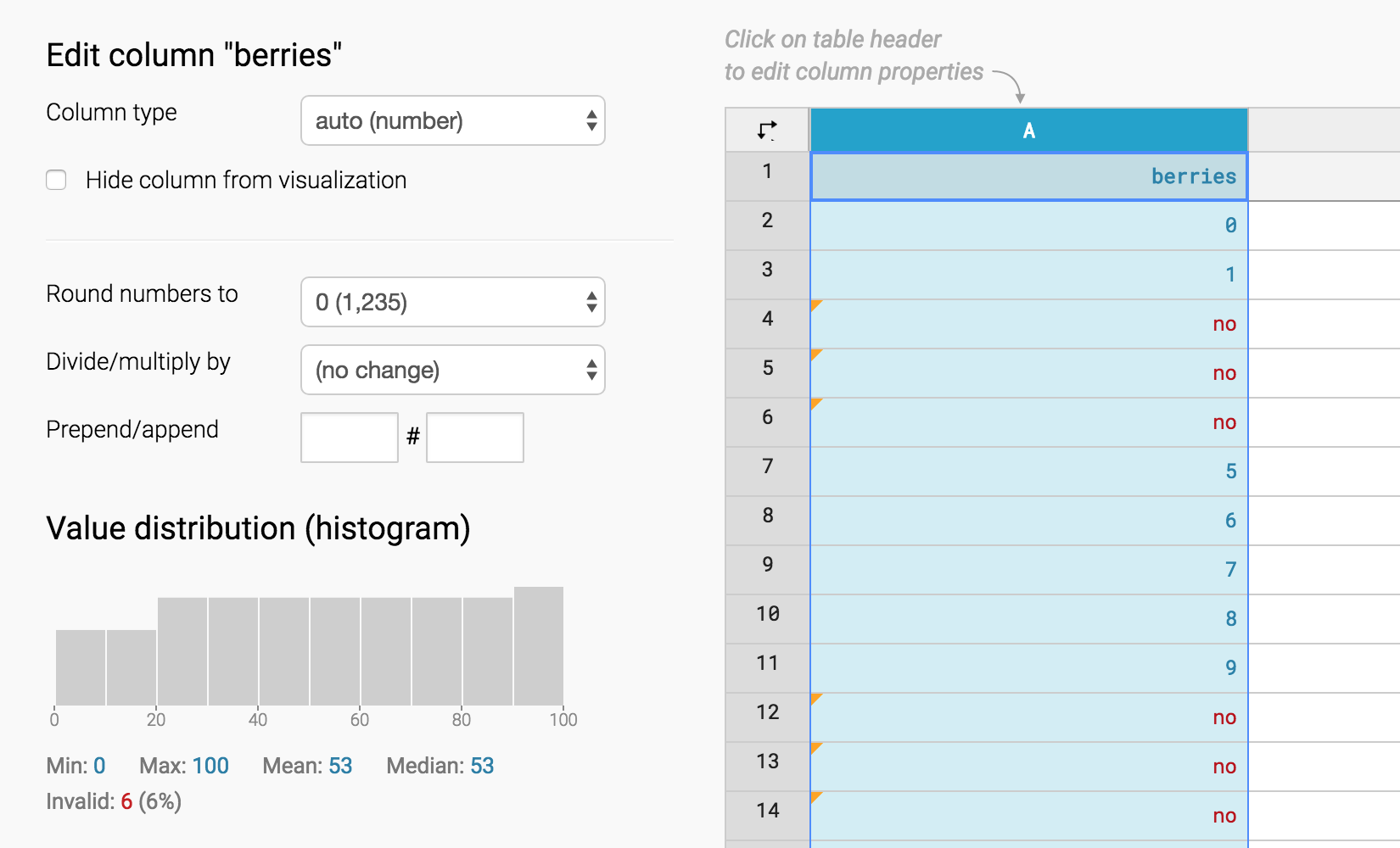 We hope that this tutorial and the information we show with the histogram helped you understand your data better. If you still have questions, don't hesitate to go in touch with us at support@datawrapper.de.