How to use your own language/spellings for region names

Let's say you are making a choropleth world map, and you want everything – title, labels, tooltips, and attribution –  to be entirely in your native language. Good news! It is possible to create maps in whatever language you want. All of the text elements in the maps are fully customizable.

In this article, we'll create the following map showing the percentage of internet users per country entirely in Spanish:

To change the spelling of regions (e.g. "Deutschland" instead of "Germany"), you'll need to pre-process your data. In step 2: Add your data, include two columns in your dataset: 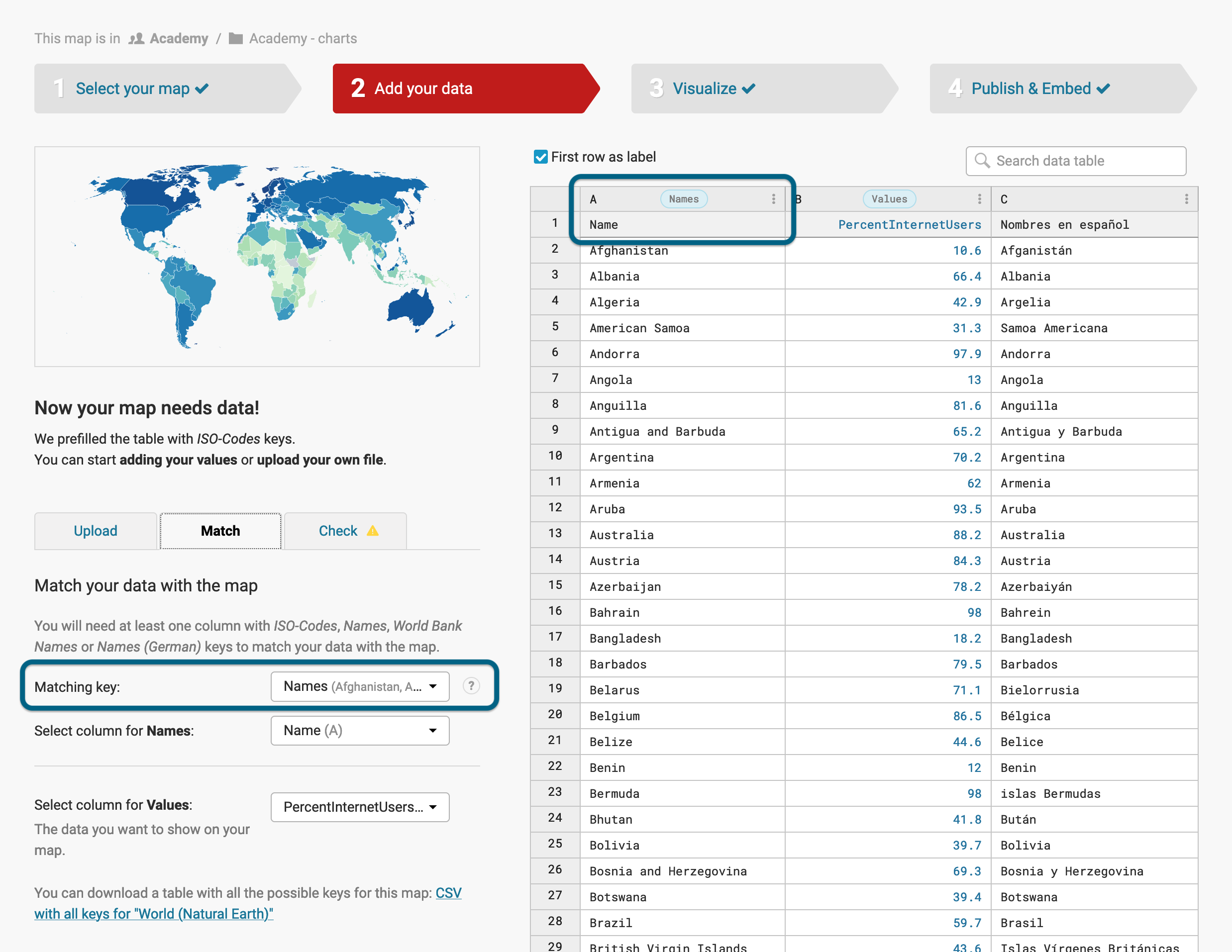 Then when it comes to customizing your tooltips or map labels in the Annotate tab in step 3:Visualize, you can select your special column with the correct language. On the Customize tooltips menu, select which column you'd like to appear for the hover tooltips.

In this case, you'd want to use "Nombres_en_esp_ol" (the computer will have trouble showing accents over letters). This will result in the hover tooltip showing the Spanish name of the country:

For map labels, also select the Spanish name ("Nombres en español") column from the dataset. Then the map labels will appear in Spanish:

For your chart title, description, and legend/color key title, you can of course use any language you want (even emojis!).

There's one thing more to do in the Design tab: Using your language as the Output locale. This will change the following: 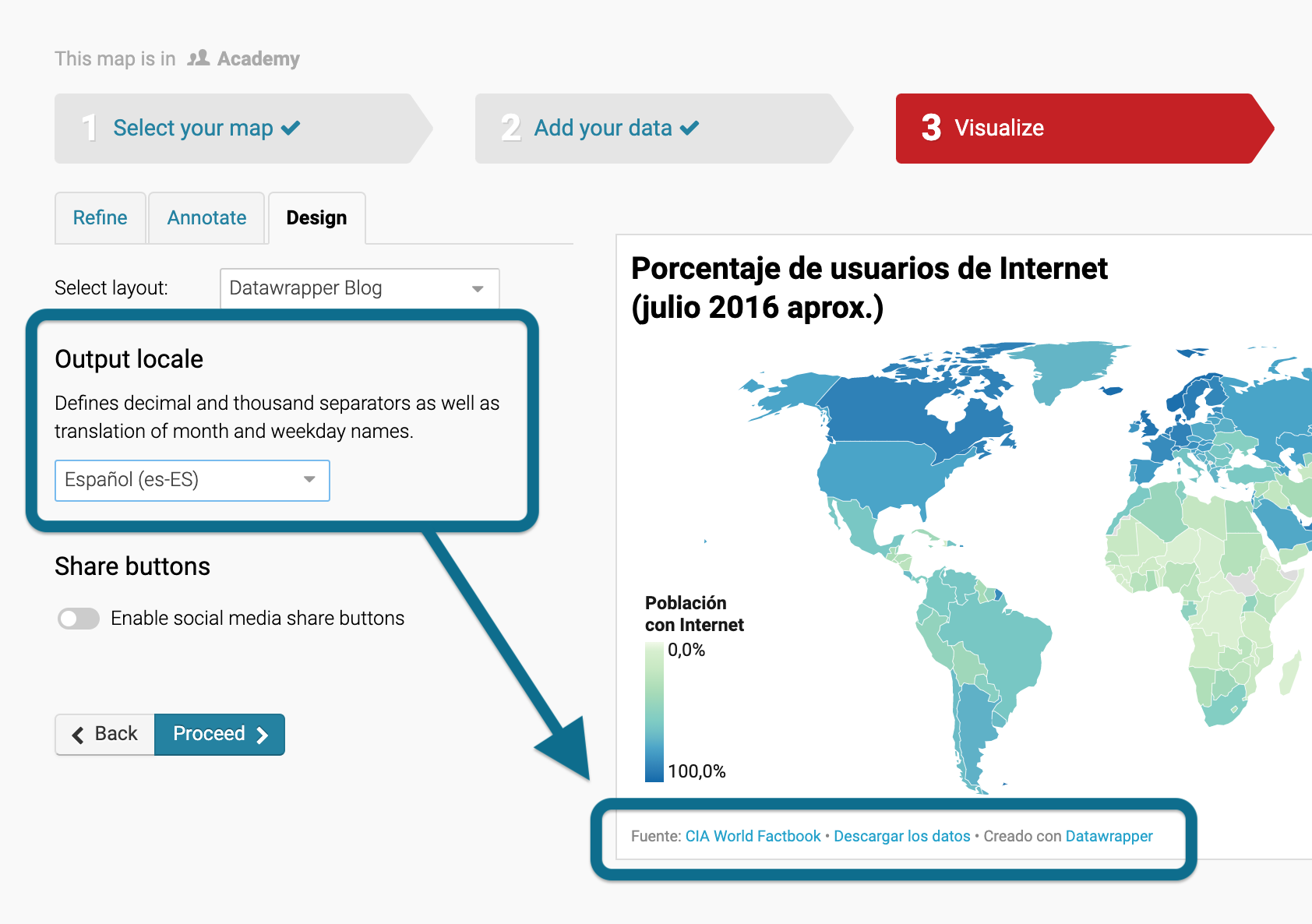 Congrats! You now got a translated chart, with full control over which language the map labels, tooltips, title, and attribution text appear in.